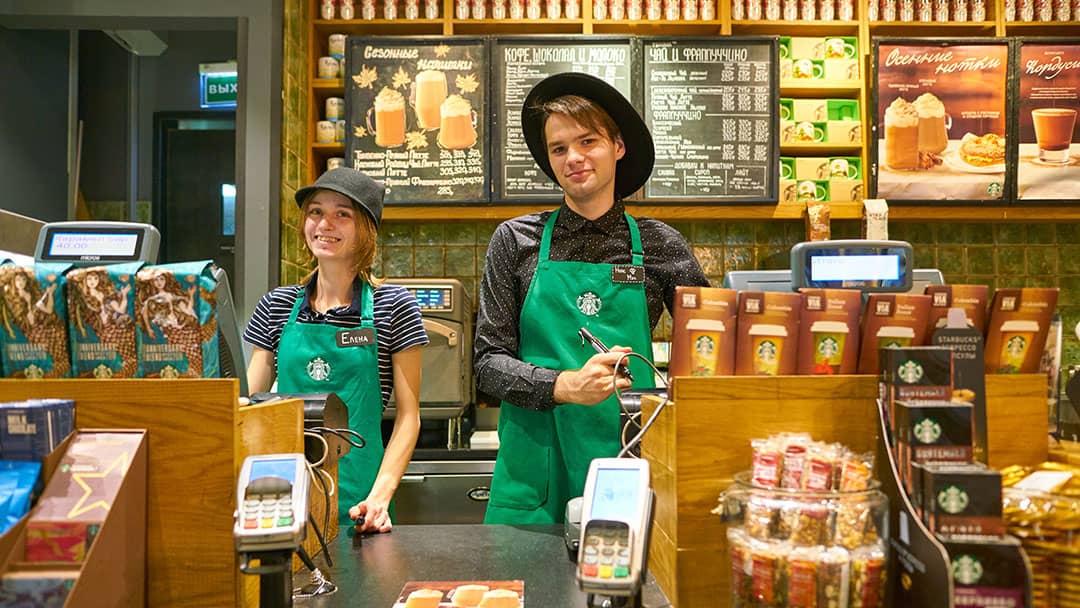 Coffee is a highly commoditized product. It can easily be made almost anywhere in the world with widely available ingredients at a very low cost.

Coffee has been around for hundreds of years. Like salt, sugar, and rice, once these products started being mass-produced, it was a race to the bottom for prices.

In business school, they’ll teach you not to enter industries like this because it would be difficult to make a profit. This was true for a long time until Starbucks changed the rules.

So how did they convince the world to pay $3 for a cup of coffee that costs less than 30c?

Starbucks employs a scientific method of selling their product. This science is called behavioural economics.

Behavioural economics is the study of how people make less than perfect decisions.

Let’s examine a few ways that they use this science and see whether we can apply it in our businesses.

The cups names are ingenious

Starbucks changed the name of the cup sizes so that you can’t compare them to any other place that sells coffee.

Coffee was so commoditized that many places that served food gave it out for free or charged very little. Some eateries would often allow free refills, seeing it as a cheap way to make people stick around longer and buy more food.

They had to remove the connection that anchored the old price of a medium coffee in your mind.

The behavioural economics term is called ‘anchoring’. This means that once we get used to something costing a certain amount, that price sticks or anchors in our mind.

Too far above and it seems expensive, too far below and we start thinking it’s ‘cheap’.

They simply removed the comparison by changing the name of their cup sizes from small, medium and large to Tall, Venti & Grande.

And so is the pricing of the cups

The price differences between the cup sizes are usually minor, and the difference between the medium-sized Venti and the large-sized Grande is just a few cents.

It seems like it’s a great deal to pay a few cents more for a whole lot more coffee. When Starbucks sells more than 10 million cups a day, those few cents quickly add up.

In behavioural economics, it’s called the decoy effect. The idea is to get someone to trade up or make something appear relatively well priced because of a decoy.

A Grande cup now seems like a great deal compared to the Venti. If we appropriately compare it to a medium coffee across the road, we’ll realize how expensive it is. They use their products as decoys.

Social proof is where we copy the behaviour of the crowd or the ‘cool-kids’.

We tend to follow the crowd and do what others do. This is especially true when we are uncertain about things, like when we move to a new town or start at a new school. We want to fit in, and naturally, we do as others do.

We tend to watch the same movies and eat at the same restaurants that our friends do.

When Starbucks launched, they created a hip vibey atmosphere in their cafes.

This was a time when most people were getting their coffee from the local convenience store or dingy diners.

By creating this place where people wanted to be seen, they drew in more customers.

Even though most of their sales are takeaways and most people never sit down. For those five minutes, they were part of the crowd.

In case you didn’t feel included, they write your name on the cup and shout it out when it was ready, like your friends would do.

They did this despite it being more efficient to use order numbers printed on your receipt.

You also got to walk out with a cup that has your name and the Starbucks name on it. This proves that you are part of the in-crowd.

We usually think about FOMO when our friends go out on Friday night, or they plan a vacation abroad. It also comes into play with store sales or anything limited in time or quantity.

The behavioural economics term is ‘loss aversion’. This means that we feel twice as much pain from losing as the pleasure we feel from winning the same amount.

They also charge a premium for this product even though it costs them almost the same as making a regular latte.

Being a limited product, they add about $1 to what was already a premium price.

They don’t just make it more expensive for no reason. Starbucks knows that it also makes it tastes better.

In Robert Cialdini’s Book influence, he showed that when the product’s price goes up, its perceived value increases as well.

This has also happened in wine tasting with everyday volunteers—the more expensive the wine, the better the perceived taste.

The higher price and limited availability combine to make it a hit every year.

Starbucks realized how much waste they were creating with single-use cups.

The first strategy was to offer 10 cents off the price for anyone who brought in their own reusable cup.

This had almost no impact, and very few people were taking up the offer. The same reason you are willing to pay a few cents more for a larger cup is why this didn’t work.

The amount was too small.

Even though all those dimes might add up for Starbucks, it didn’t make a difference in the buyer’s individual purchase.

They decided to put a new spin on the reusable cups. They started selling reusable Starbucks branded cups for $1 each.

They also offered you the option of returning the cup within two weeks to get your dollar back.

Most people saw the cup as more valuable than the 10c saving and would bring the cup back again and again. Very few people actually returned them for the deposit in the end.

These cups became more prized. Instead of carrying around a random cup, you could buy a Starbucks cup that you keep on your office desk. Everyone would see that you are saving the planet.

By reframing the same offer reusable cup use skyrocketed.

How to apply it in your business

Perhaps you have an appliance store, and you want to use the same techniques as Starbucks.

If you sold two brands of toasters in your store that both cost you the same, you would typically sell them at the same price. Let’s say they cost you $10 each, and you sell them for $15 each.

Most people who look at the two will find that they are pretty similar. They’ll buy the cheaper one, thinking they are getting a great deal.

Anyone who purchases the more expensive one will make you three times the profit.

It’s a win-win for you. You’ll either sell more toasters because of the apparent better deal or make more profit on the more expensive one.

For only $2 more, you are getting a product that’s worth $10 more—what a bargain!

You can go one step further. Tell them if they post a picture of their purchase on Instagram, they’ll get another dollar off the price.

This will create social proof as we like to shop where our friends shop.

It’s not as simple upping the price on random items and watching people happily pay more for the same products.

You’ll have to take the time to experiment with different price points and marketing to see the effect on your bottom line.

Why Start Your Own Business

What to do in a Recession

3 Questions to Ask Yourself Before Giving up on Your Business