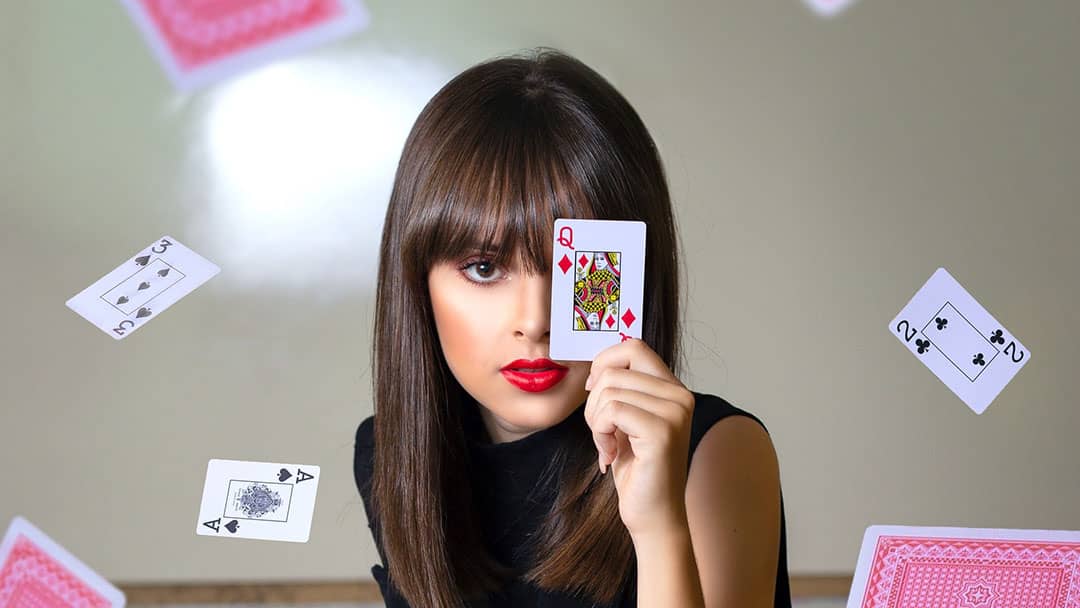 Have you ever wondered why some people seem to have all the luck in businesses and others can’t seem to catch a break?

Scientific studies have shown that so-called lucky people are just like you and me except that they have a few different habits.

They are more open to opportunities, maintain a positive outlook, try different things and listen to their gut.

The great thing is that these habits can easily be incorporated into our daily lives with very little effort.

Be open to opportunities

Richard Wiseman, a British psychology professor at the University of Hertfordshire, tried a simple experiment.

He sent two people to get him a coffee from the store next door on two different days. The first was Martin.

When Martin got to the coffee shop, he found a 5-pound note on the floor as he entered. After ordering the coffee he was told that it would take a little longer because they were cleaning the coffee machine.

While he was there, he met another gentleman waiting for his coffee who turned out to be a wealthy businessman. They chatted for a while as they waited for their coffees, exchanged numbers and promised to meet again.

The next day he sent Brenda. She went to the same store and again was told that the coffee would be a few minutes longer because they are cleaning the coffee machine.

He asked them both about the coffee shop when they came back.

Martin told him how lucky he was to first find a 5-pound note and also about meeting a great business person that he may be able to work with in the future.

Brenda explained how unlucky she was to get there as they were cleaning the coffee machine and had wait to so long.

What neither of them knew was that the coffee shop was set up with actors, and a crisp 5-pound note was placed on the floor on both days. The businessman was also standing in the same place, waiting to be chatted up.

There aren’t different stores for lucky and unlucky people.

He gave them all identical newspapers and asked them to count how many photographs were in them.

The reason for the big difference was because over half of the second page the following was printed.

“Stop counting — There are 43 photographs in this newspaper.”

Personality tests he performed afterwards revealed that unlucky people have higher levels of anxiety which stops them from noticing the unexpected.

Unlucky people tend to focus on what they are looking for and fear missing it. While lucky people are more likely to try different things.

If you go into a networking event focused only on meeting the buyer of your product, then you’ll miss the guy who was looking for a partner for his great new business venture.

There are a few simple things you can do to help incorporate this habit into your daily life. Try taking a different route to work today or shopping in a different supermarket every week.

Breaking out of your routine can help free up your mind and put you in front of different opportunities.

Have a sunny outlook

The professor told a group of people about an armed robbery at the bank where a lady standing in line to deposit money was shot in the arm.

He then asked a group of people to rate how lucky they thought the lady was.

One of the self-professed lucky people explained how lucky she was not to have gotten shot in the chest or head, which could have been far worse. He even went on to explain how she could sell her story to the newspaper and make some nice money.

One of the ladies who is a self-professed unlucky person couldn’t fathom how there might have been any good fortune or luck involved in getting shot. It’s just plain bad luck to get shot in the arm while waiting in line she claimed.

Their positive mindset that something good will happen becomes a self-fulfilling prophecy.

Numerous studies have shown a connection between optimism and health. There have been studies of lower blood pressure, lower rates of cardiac disease and an overall increase in life expectancy.

In another study, they found that optimists were more likely to get promoted, make better investment decisions, be less stressed and make more money in general

Having a positive outlook is not just new-age thinking. It actually pays to be positive.

One of the easiest ways to build your optimism muscle is to begin a daily gratitude exercise.

Just take a minute every morning to list three things that you are grateful for. This will do wonders for your level of gratitude and in turn, make you much more optimistic

Listen to your gut

Intuition is a process where we instinctively know something is good or bad without being able to explain it logically.

This is the reason why when you meet someone for the first time, you just know that they a great person and that you are going to get along really well.

A lucky business person may be able to listen to his gut and see opportunities in the market that others didn’t.

The mechanic’s instinct will tell him what’s wrong with your car just by how it sounds when you drive into his garage.

This doesn’t mean that you should blindly follow your gut without a second thought but rather use it as a warning bell.

Your gut can warn you about a deal that’s too good to be true or whether that new person will fit into your company.

After your gut warns you, you can do the homework to see whether the deal was with a shady businessman or the references of the person you are hiring check out.

Lucky people tend to follow and listen to their gut instincts more often than unlucky people.

There are multiple ways that we can improve our gut instinct.

One of them is through meditation and other mindful techniques. These have been shown to help quiet the chatter in our minds so that we hear our thoughts more clearly.

Improving your self-esteem will also help you to start believing in yourself and doubt yourself less.

Self-esteem is a life long journey, but one way that you can get going is with a simple exercise.

Start by listing your accomplishments on a regular daily or weekly basis, even the small ones and start celebrating them.

There will always be some luck involved and some randomness in any business venture.

The final ingredient in all of this is still hard work. No matter how many opportunities come your way if you are not willing to put the effort in then, you can’t expect any good results.

Luck becomes a self-fulfilling prophecy. Those that believe they are fortunate, try different things, get lucky, become more optimistic and trust their own decisions.

5 Timeless Business Lessons from Our Ancestors

Five Tips to Turn Your Idea into a Business